Belief is a strange thing. Belief conjures up real things from the ethers...

Belief brings forth monsters. And angels, too."

Pseudoscience and the 'Bait' Dog Hysteria

Animal advocates, newspaper reporters, TV and radio station personalities, breeders, animal control officers, veterinarians, shelter workers, dog fighters, street thugs, and just about anyone able to speak has an opinion or personal theory about 'bait' dogs. These opinions and theories are based on a dizzying mixture of personal experience, media-induced images, rumors, myths, speculation, and personal or financial agendas. Separating fact from fiction is time consuming and tedious work. It is much easier for most people to embrace information which supports their pre-existing belief.

People often rely on information presented to them through the media to make an assessment. But when the media or advocates talk about 'bait' dogs, and others write in with different facts, no one wants to hear it. Reporters and advocates have been heard to say, “Don’t tell me about that bullshit.” In reality what they are saying is, “Don’t inform me of anything, because I want to base my theories on supposition, alone, and then present this to the public as evidence of my belief.” The ill-informed public then accepts this skewed and biased presentation as reliable information.

If we truly believe that the extremely rare cases of 'bait' dogs merit extreme measures—if our concern and shock is genuine—then we must be equally genuine and sincere in seeking out and addressing the real causes for these atrocities.

“There is nothing to fear except the persistent refusal

to find out the truth, the persistent refusal to

analyze the causes of happenings.” 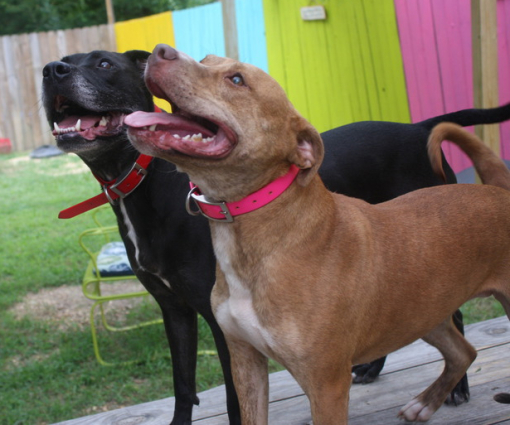 Only by acknowledging that a social hysteria has been spawned by the sensational and inaccurate reporting of 'bait' dogs and only by extracting ourselves from the swirl of emotion, myths, rumors, and politics surrounding pit bulls, can we rationally and effectively address 'bait' dogs in a way that may reduce this form of animal cruelty.

The term 'bait' dog is used to label dogs that have any types of bite marks or scars. Sadly, 'bait' dogs do now exist, but they are not as common as you think.

An increasingly larger number of dogs are being labeled as 'bait' dogs each day based on nothing more than speculation.

What Can You Do

He who knows nothing is closer to the truth than he whose mind is filled with falsehoods and errors.

The first step in helping prevent this type of cruelty, is to understand what it is, and why the theory doesn't work.

We don't claim to be experts on anything. We are always learning new things, every day.  That being said, it is important in all instances to do your own research and make up your own mind as to whether something is true or false.

However, you can't do that with only half of the information...

Simply sharing the facts from years of research, interviews, books, information obtained from old dogmen, etc. isn't nearly enough to help educate fellow animal advocates if they can't appreciate how it actually relates to the subject.  We are hoping some of these analogies will help reach them. 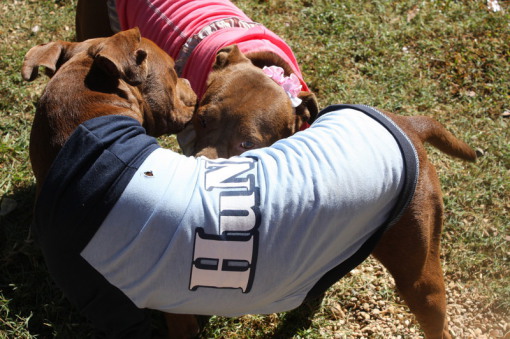 Education is the Key to Success

Every post, share, comment, news story, article, etc. talking about 'bait dogs' only gets the false information out to the wrong people that think it's how things should be done, and instead of helping the issue, it is inflicting it.  Just, please, think about that.  Don't be a sheeple.... instead of sharing the well-intentioned yet ill-informed hype, educate. Educate that the theory does NOT HOLD WATER and there is absolutely no need to 'train' a dog to fight (at all, of course) but especially not by using any other animal as bait.